The hydrogen hub is supported by innovative companies that are committed to the energy transformation and building a strong economy in eastern Germany.

The Leipzig-based company ONTRAS is a gas transmission system operator in the European gas transport system. The company operates Germany’s second-longest gas pipeline network with 7,500 kilometres of pipeline and 450 network interconnection points. ONTRAS represents the interests of transport customers, shippers, regional network operators and producers of renewable gases. There are 23 biogas plants connected to the ONTRAS network, which feed in around 15 percent of the biomethane produced in Germany each year. Two power-to-gas plants feed in green hydrogen or synthetic methane produced from it. ONTRAS aims to achieve a climate-neutral gas supply by 2050. Together with other partners, ONTRAS is committed to hydrogen.

The building materials company CEMEX operates on a global scale with its cement, ready-mixed concrete, mineral resources and urbanisation divisions. Through its sustainable products and solutions, the company aims to contribute to a better future. This means CEMEX focuses on the circular economy along the entire construction value chain and is a pioneer when it comes to promoting the use of new technologies.

CEMEX has set itself the goal of reducing CO2 emissions by 55% across Europe by 2030. The company has also committed to delivering carbon neutral concrete globally by 2050.

ENERTRAG provides a comprehensive range of services related to renewable forms of energy. We efficiently combine electricity, heat and mobility in all areas of life. As an energy producer with an annual production of 1.5 TWh in its portfolio and a service network made up of over 1,120 wind turbines, we know from our own experience what is important for our customers. With over two decades of experience in Europe, our some 540 employees combine all the skills and expertise required to successfully operate and efficiently maintain our systems, as well as implementing citizen-oriented planning and the reliable construction of energy plants and grids up to complete interconnected power plants.

We’re always one energy ahead – be it in sector coupling, participation models or demand-based night-time aircraft warning lights.

The APEX Group is one of the pioneers of the green energy transition. The company is headquartered in Rostock / Laage. It enables customers to convert their own and conventional energy supply to green hydrogen in a decentralized manner. This includes project development, engineering, procurement and construction as well as management and maintenance. In recent years, APEX has developed its own hydrogen pressure storage system together with the Fraunhofer Institute in order to guarantee a reliable supply. Together with established research institutions (especially the Leibniz Institute for Catalysis), the Rostock-based company is currently developing the next major innovation: the chemical storage of hydrogen. In March 2021, the company commissioned what was then the largest network-connected hydrogen plant in Europe. The APEX Group will supply their company location and, in the future, the adjacent industrial park in a completely CO2-neutral manner.

Anytime. Anywhere. From a single source.

With its generation plants, Vattenfall Wärme Berlin Aktiengesellschaft generates district heat and electricity for around 1.3 million residents of Berlin. Approximately 25,000 new customers are added each year.

With around 2,000 km of pipelines, Berlin’s municipal heating system is one of the largest in Europe and thus an essential part of the German capital’s infrastructure. Berlin is pursuing the goal of reducing its total emissions by up to 60% (compared to 1990) by 2030. Through the transformation of the city’s heating system, which already started in 2017, Vattenfall is delivering the single-largest contribution to achieving Berlin’s climate targets, with savings of up to 2 million tonnes per year (compared to 2017).

Would you like more information or to participate with your project?
Send us an e-mail or call us directly. 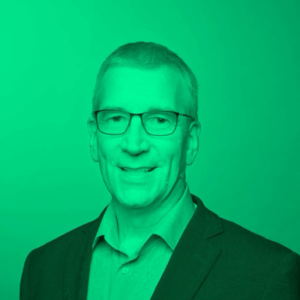